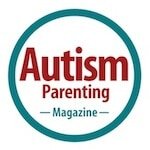 This winter I penned an article for Autism Parenting Magazine entitled “New Hope: A Documentary Filmmaker’s Perspective on Peering Over the Cliff” about the lessons learned during the filming of the movie. Original article is here:

In May of 2017, I had the good fortune to begin filming my first feature-length documentary, This Business of Autism about employment opportunities for adults on the spectrum. The film follows the expansion of Spectrum Designs, which is a custom screen-printing and embroidery business located in Port Washington, New York. Seventy-five percent of Spectrum Designs’ employees are on the autism spectrum.

Since their inception in 2011 in a founder’s backyard shed, the company has outgrown three facilities, and in March of this year cut the ribbon on their own 7,500 square foot flagship facility, where they project annual revenues will top $3,000,000 within three years.

While filming this project, I had the opportunity to interview the company founders, senior leadership, industry practitioners, and numerous staff members on the spectrum, their families, and the legend herself, Dr. Temple Grandin. Across this wide array of thoughtful (and often times emotional) contributions, several commonalities emerged regarding techniques that anyone can implement at home to help your child prepare for the workplace.

1. Children with autism have to DO things!
During our one-hour interview, Dr. Grandin must have passionately stated this belief at least two dozen times. In the final cut of the film, she recounts episodes where she meets highly-verbal children in their late teens who have never gone into a store and bought something; they have not learned basic independent life In Dr. Grandin’s opinion, many parents of children with developmental disabilities identify so strongly as a special needs parent that they have trouble letting their child perform even the smallest task of independence alone, often times to the detriment of the child’s progress.

Dr. Grandin recounts how she was cleaning horse stalls at 15 years of age on her aunt’s ranch and insists that we need to find “paper route substitutes,” i.e., jobs that children can begin as early as 11 years old. Jobs teach children processes, protocols, and responsibilities, all while building confidence and sense of pride as they are rewarded for their successes. Just as importantly, learning from their failures builds character and work ethic.

2. Children must perform real work in the real world
Mary Murtha, the mother of our breakout star Brian Murtha (the Mayor of Spectrum), closes her sequence in the film by sharing that Brian’s employment at Spectrum has demonstrably changed him, both in the community and at home. During her and husband Jim’s interviews, we learned so many tales of the extreme challenges of Brian’s childhood (sometimes violent) and the heartbreaking disappointment of his high-school “job training” opportunities. After months of doing pointless tasks in retail stores (move all the boxes from the bottom shelf to the top shelf) they would then hear from the manager, “We let these kids train here, but we don’t actually give them jobs.”

3. Make instruction visual
One of the most enlightening aspects of our film is the exploration of Spectrum’s “visual workplace” initiative. After visiting the Walgreen’s fulfillment center (where nearly half of the employees have some form of disability) Spectrum’s leadership team began implementing a visual job board, whereby signs, symbols, and pictures are used in lieu of words to guide the employees. For example, the multi-armed screen-printing machine is called the “octopus,” and there is a large picture of an octopus hanging above the workstation.

When the employees begin their day, they check a large job board where they see their name, the face of their job coach and the picture of their workstation, and they go straight there without needing any further direction. Spectrum estimates that this initiative has not only made their production floor more efficient, but safer and more enjoyable for both neurodiverse and neurotypical staff alike as each employee needs less and less verbal direction to achieve their given tasks. Extending these techniques into the home, imagine using images and visual cues in the kitchen or the bathroom, anywhere that non-verbal instruction might help an individual better understand patterns and processes. Instead of writing out checklists for your child, perhaps try a sequence of images, with corresponding pictures located around the house

4. Someone else has to be the boss
This sentiment was echoed across all of our families as well as practitioners; in truth, it is no different than the skills that neurotypical children need to learn, namely how to take instruction, compliments, and criticism from someone who is not a family member. Children on the spectrum can perform jobs in the neighborhood but need to walk the neighbor’s dog, not just their own dog. They can hand out programs at a community event, can set up chairs at a place of worship, can sweep the floors at the local theater; so many possibilities to perform valuable tasks yet parents need to make a firm commitment to walk away and let someone else be the boss.

Further, it was stated in several interviews that disclosure is critical to establishing a positive and constructive work environment. Although a divisive topic in the autism community, the majority of our cast felt that disclosure enables managers to understand better the behaviors of their autistic employee, which in turn allows managers to appreciate and develop that person’s considerable talents fully.

5. Train and practice the soft skills
Brad McGarry, head of the Autism Initiative at Mercyhurst University in Erie, Pennsylvania, insists that the skills people on the spectrum need to be successful during job interviews are no different than the skills neurotypical people must acquire, they just need a bit more help achieving their goals. Whether conflict resolution, eye contact, verbal skills, or any other number of skills, the program at Mercyhurst has demonstrated that students who excel in their degree programs, e., “hard skills” can successfully acquire the “soft skills” needed to attain meaningful employment.

Through mock interviews, visiting with professionals in actual workplace environments, and experiencing stimulating environments such as New York City, students can become accustomed to the interactions so necessary in a professional environment. That said, David Platzer, PhD, facilitator of the Autism Job Club in San Francisco, California, states that while recruiting programs for people on the spectrum are on the rise, corporations must now turn their attention to retention programs to ensure that people with developmental disabilities can remain employed. So go ahead and ask a few friends or neighbors (not family members) who may work in a management role if they would not mind giving your child a mock interview from a real resumé that you help your child develop.

6. Children on the Spectrum Need To Get Paid For Their Labor!
Michael Bernick, Former Director of the California Employment Development Department (EDD) leads off the film by stating “for too long, the autism community has been expected to do unpaid or volunteer work; that has got to end.” It is critical that people on the spectrum experience the true reward of their labor, that of a paycheck indicative of a relevant wage. They deserve the right to take that paycheck to the bank, cash that check, and then visit the local ice cream shop, deli, movie theater or anywhere else they desire where they can spend their well-earned money.

There is dignity in work, dignity in earning a wage, and a sense of self-respect when that money is spent on something desirable. Further, that sense of pride fuels the drive to do the next task even better, building confidence, experience, and skill, and gives managers the tools to provide motivation for their employees. So not only is it your right as the parent to ensure your child is paid for their labor, but it becomes their responsibility to understand they have a justifiable right to ask for compensation. Further, it is our responsibility as members of society to recognize their abilities and pay a fair wage for their efforts.

Over my three-decade career I have worked as an audio engineer, computer programmer, technology executive, serial entrepreneur, winemaker, creative director and now film producer, and I know without question that the capabilities I observed and lessons I learned throughout the filming of This Business of Autism can be applied to just about any industry, at just about any level. From the mailroom to the boardroom, individuals on the autism spectrum are hard working, reliable, brilliantly honest, and capable of delivering superior quality products. That said their chances of success increase the younger they begin learning workplace skills.

This Business of Autism is an official selection of several film festivals and is available on DVD as well as online. More information can be found on the film’s website www.ThisBusinessOfAutism.com and information on Spectrum Designs can be found at www.SpectrumDesigns.org.

A gifted storyteller, dynamic public speaker, and Telly-award winning producer and director, Stephen Mackey has a wide range of experience in all facets of creative multimedia production. Engaged internationally as a presenter, wine composer, audio engineer, and event producer, his work has taken him to six continents with entertainers such as Matchbox20, Bon Jovi, Garth Brooks, Ted Nugent, Jars of Clay, Amy Grant, Tanya Tucker, Midnight Oil, and Julio Iglesias. From video production, scriptwriting, audio engineering, and production design, to software development, digital media product management, and executive technology and operations management, his wide range of experiences allow him to find the most unique elements of each story production.

Stephen Mackey is the Chief Creative Officer for W2 Communications in Northern Virginia. He is also an internationally award-winning wine composer for Notaviva Vineyards, the world’s first winery to pair wine with music, founded with wife Shannon. He has recently completed his first novel, Dream. Build. Believe., a memoir on the founding of their winery. He delights in family pursuits, enjoying any time he can find with their three young sons – from camping to music to sports to arts and crafts. Volunteering as a coach, Cub Scout den leader, lecturer, and community activist, his passion for creative media projects is surpassed only by his passion for his family and friends.

This article was featured in Issue 82 – Finding Peace This Season